This is a combination of 3 cutting edge peptides that have the best of both worlds. By combining these peptides, a reduction of body fat and increase of muscle can be obtained. This breakthrough peptide combo has shown great results without many of the side effects or risks of other more commonly prescribed fat loss medications. The CJC/Ipamorelin combination helps with sleep as well as lean muscle gains. The IGF-1 LR3 inhibits the movement of glucose into the body’s cells which facilitates fat burning and the use of fat in the body for the production of energy. Its effects last most of the day and have made it a preferred variant by a majority of patients and physicians. When IGF-1 LR3 is active in the body, it functions differently in different types of tissues. For instance, in muscle tissue, it makes the muscle more sensitive to insulin’s effects, such as a reduction in fat storage.

What Forms of CJC/Ipamorelin/IGF1-LR3 Are Available?

CJC/IPA/IGF is available as a subcutaneous injection. 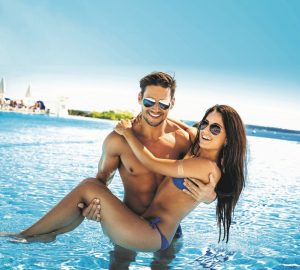 Based on the literature, CJC1295/Ipamorelin/IGF1-LR3 has been shown to provide these benefits:

CJC 1295/Ipamorelin/IGF1-LR3 has been shown to increase cancer if present, and drop glucose levels.